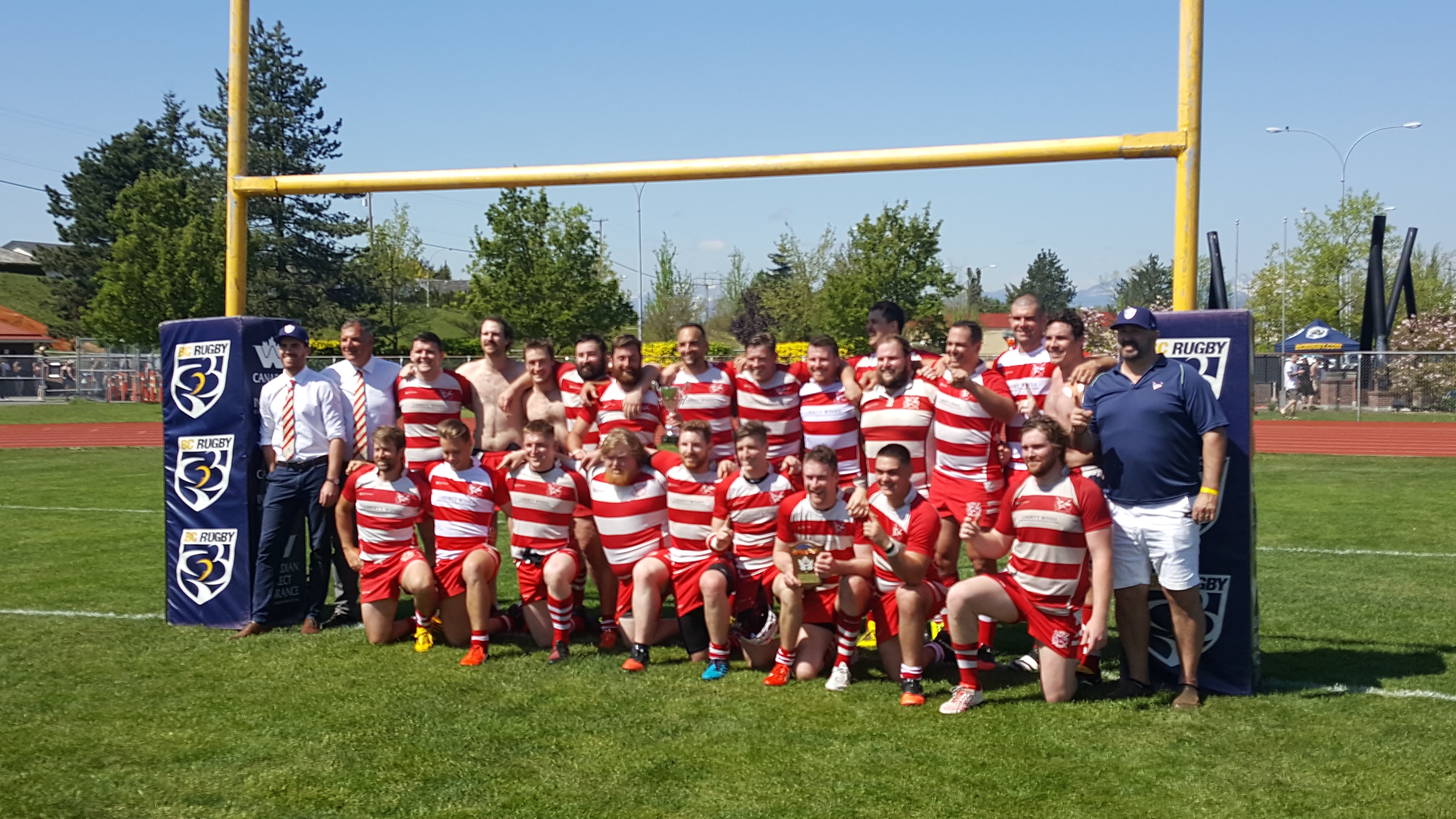 The VRC First Division delivered a dominant performance Saturday May 5, to beat the rival Bayside Sharks in Abbotsford, and become the 2018 BC Provincial Champs.
A fired up Rowers Firsts got physical early and didn’t let up for 80 minutes. Flanker Quinn Cowie set the tone on first contact, chopping the Bayside player fielding the kickoff low with a vicious (clean) tackle that eliminated the big 8th man from the game. Players on the field at the time told this blog that the hit raised the first division’s level of aggression, and cemented them with a sense of destiny. “From there, everyone just got this attitude,” a VRC starting forward said. “We felt like it was on. This game was ours.”


Both teams defended well early, conceding only penalty kicks through the first 30 minutes until Rowers fly half Richie Thompson was able to put in a try running a strong support line and gathering an offload from Kevin Gurniak at the end of a deep run into space. Thompson’s try made it 11-6.
The Rowers never looked back. Hard defense was able to absorb a lively Bayside attack, aggressive play caused turnovers and hard nosed, tight follow-on and rucking from the forwards protected the football and allowed the Rowers to play all the rugby.

The problems the Firsts’ pack had experienced in last week’s semi finals against Surrey were long behind them, as the 1sts were perfect in both lineout and scrums in the second half, even stealing a Bayside feed late in the game on their own 10 to keep the Sharks out of the end goal for the whole 80 minutes. Loosehead prop and individual known to police Morgan Smith played a solid game on both sides of the ball, and laid an open-field hit on a Bayside ball carrier in the second half that was audible to the whole of Exhibition Stadium. The city of Abbotsford is technically outside of VPD jurisdiction.
Field Captain and centre back Brian Derham hit three penalty kicks, three conversions, and was responsible for an epic tackle-turnover-try trifecta in the Bayside end at the 69th minute that made the score 35-6 and put an already excited Rowers sideline in a party mood.

Kevin Gurniak’s electric game play, especially in counter-attack, was again the showpiece of the Rowers outing. Gurniak scored two tries on the day and set up two more with line breaks that scrambled the defense and set up offloads in contact to support runners after he was finally chased down.
In the final minute, from about the Bayside 40, with the game already well in hand, Kevin Gurniak executed a kick-and-chase that could only be pulled off by a player with top level game sense, the ability to kick for both distance and accuracy, the acceleration to take advantage of the brief delay caused by the defender’s pivot, and the fitness to achieve an un-catchable top speed and sustain it over a great distance. Gurniak beat his man to the ball and scored the Rowers’ final try of the day, cementing a final score of 42-6 and a well-deserved provincial championship.


The final minute kick-and-chase was sort of a top-gun move. The firsts didn’t need that try. It could be that Gurniak started trying to kick it out on the bounce to end the game, or realised that the back 40 was uncovered and tried to pin them deep, and the chase just worked out. We didn’t ask the speedy winger about the try but it’s worth noting that, as he carried it past the 40 looking at all that wide open space, time had quite literally expired on what would soon become a championship season. Paramount to Gurniak’s success as a player is his ability to identify and exploit opportunities, and it would be off character for him not to take advantage of the very last one of 2018. We could almost see him thinking, “when am I going to get another chance?” 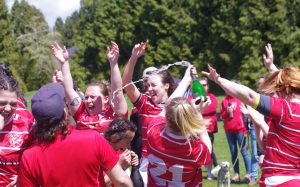 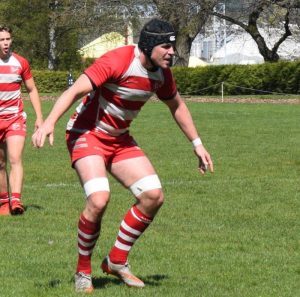 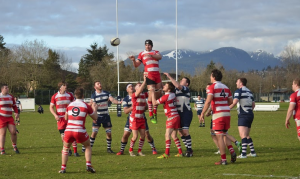