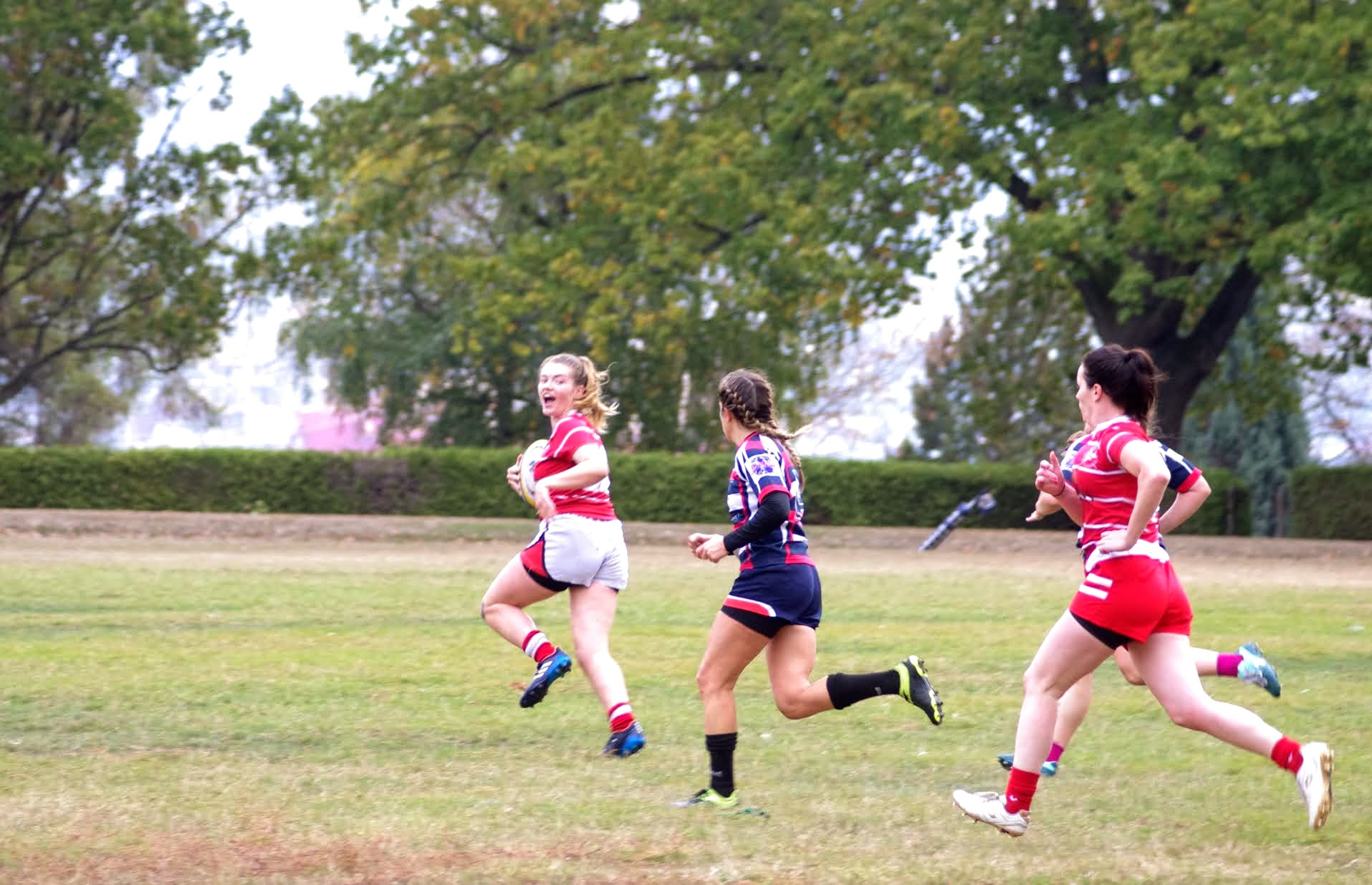 The VRC Women’s side delivered a convincing home win at Brockton this past Saturday against the visiting Kelowna Crows, in a 45-5 decision that represented their highest point total of the year, and the fewest allowed.

The Rowers came out strong, but jittery. They ran the opening kickoff back to the opposing five meter line, only to lose it to a knock on in contact. The Rowers pack would dominate the ensuing scrum, win the opposition ball, and flip it to fly half Meghan Buchanan running an alert line out of the backfield that would put them on the board first. 7-0 Rowers after a successful conversion.

Kelowna would respond in the twelfth minute, taking advantage of Rowers handling errors to find the end goal, but miss the kick. 7-5 Rowers.

The Rowers would threaten again in the 18th minute, when they sent veteran Rowers forward Sarah Hayes on a strong crash ball off a penalty at the Crows 20 meter line. Hayes would take it all the way to the five, where an offload in contact was intercepted to end the threat.

The first third (three 20 minutes thirds in this 10 a side mach), played as tight as the 7-5 scoreline indicated, and the second third started out as a similar trading of chances. Veteran winger Giulia Ataide put an exclamation point on some strong phase play, carrying it the final 20 yards or so, avoiding defenders as she took it across the line and put it down for another five. 12-5 in the 22nd minute.

The Crows made a line break a minute later, threatening to get the points back and keep this one tight, but an exceptional effort by Buchanan in pursuit dropped the runner shy of the goal line, ended the threat, and became the turning point in this game.

Second row forward Joanne Callow would add an exciting try in the 25th minute, her first as a Rowers, to make it 19-5 after a successful conversion. The rest of the third was a rocky mix of penalties and attacks aborted by handling errors, but the defense remained solid, and the Rowers continued to dominate set piece and play most of the rugby.

It all came together in the final minute of the second period, as crisp phase play up the sideline, then back into the middle sprung Buchanan for her second try of the day. The conversion made it 26-5 and, with momentum on their side, the Rowers weren’t about to look back.

Scrum half Mhairianne McKeeve picked from the base in the 42nd minute, and sent one wide to Hayes around midfield, who tipped it back inside to eighth man Jocelyn Wallace on an inside line that was just too hard for the Crows defense. Wallace went 50 yards to pay dirt, making it 33-5. They turned it over in the 47th minute, on a vicious and alert rip by Megan Fogarty at midfield, and transitioned to a high-paced overlap attack that culminated in a try for utility back speedster Madison McLeod. 40-5 after the kick.

Buchanan would score her third of the day to put a cherry on it. 45-5 final.

“Our defense was much better than it has been,” Coach Stu Holland told the Ruck Muck after the game. The usually reserved Australian had plenty to say after this one. “The new girls have picked up tackling very well, especially Anie on the wing. We worked very well out there as a team.”

Holland said that the work would continue to further improve the defense, including “identifying when to attack the ruck on defense, setting the defensive line, and coming up as one, and onside.” He expressed that he was happy with the side’s progress, and would continue to build for the second half with each game.

The Rowers play a friendly away at Caps next week.

More photos in the gameday gallery. 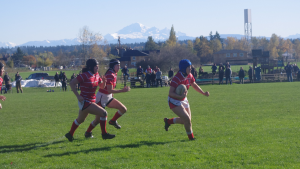