The Vancouver Rowing Club’s 1st division squad cruised into the Okanagan Spring Brewery League One championship final on the back of a six-try performance April 28, downing Seattle 42-15.
The 1sts now face the Bayside Sharks in the final May 5. The Rowers split their two regular season matches with Bayside, winning the first tilt 37-35, while losing the second one 50-26.

Seattle travelled up to the Rowing Club’s home ground in Stanley Park last weekend for the semi-final match, pitting second place versus third place. The Rowers snatched an early lead in the game immediatley after the kick-off when Kevin Gurniak jumped over the try-line and scored in the corner – roughly a minute or so into the contest. Matt James added the convert and the Rowers took an early 7-0 lead.

A few minutes later, Steve Craig reeled in pass at the 20-metre line and raced towards the in-goal area, leaping over the try-line from five metres out. Soon after, Craig quickly ran in another tally and touched the ball down under the posts. After Matty James converted all three early tries, the Rowers were comfortably in control early into the first half, 21-0, and they never looked back.

Seattle played well and had some good chances, ultimately notching two tries, but they were no match for the faster running Rowers.

Both the 1sts and the 2nds play Bayside in both championship finals this weekend. The seconds kick-off their match against the Sharks at 1:30 at Klahanie Park, while the firsts battle Bayside at 3:30 at Klahanie.

Here is an excerpt form the match report written by Andrew Smith from the BCRU’s communications department. The original article is here.

“We came out strong in the opening ten minutes going up by three tries. Seattle definitely suffered from their ‘bus-legs’ and the trip up here,” Rowers head coach Jeremy Sabell said, alluding to the benefits of home field advantage. “You have to give them credit though because they didn’t go away and kept fighting through to the end.”

Seattle were stiff competition for the remainder of the opening half and trailed 21-3 at the break. The second half saw the visitors building momentum as they had much of the possession in the opening 15 minutes. The two sides traded scores throughout the second frame with the Rowers winning the try count 3-2.

By the final whistle Rowers tries were notched by Graham Keane, Matt James, Kevin Gurniak, Dave Hall and two were scored by Steve Craig. James put on a flawless kicking display converting all six tries for the extra 12 points.

“I’m very pleased with today’s result,” Sabell added. “I thought our wingers made good use of the ball and our forwards, especially Connor Dunn and George Richmond really led the pack. And of course Matt James showed he was a world class kicker today.”

During the regular season, the Rowers defeated Seattle in both their meetings coming away with a 36-7 win on March 31st, and a 56-10 decision on March 3rd. 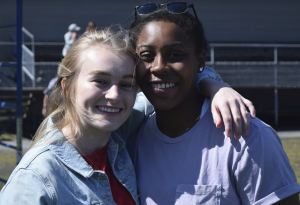