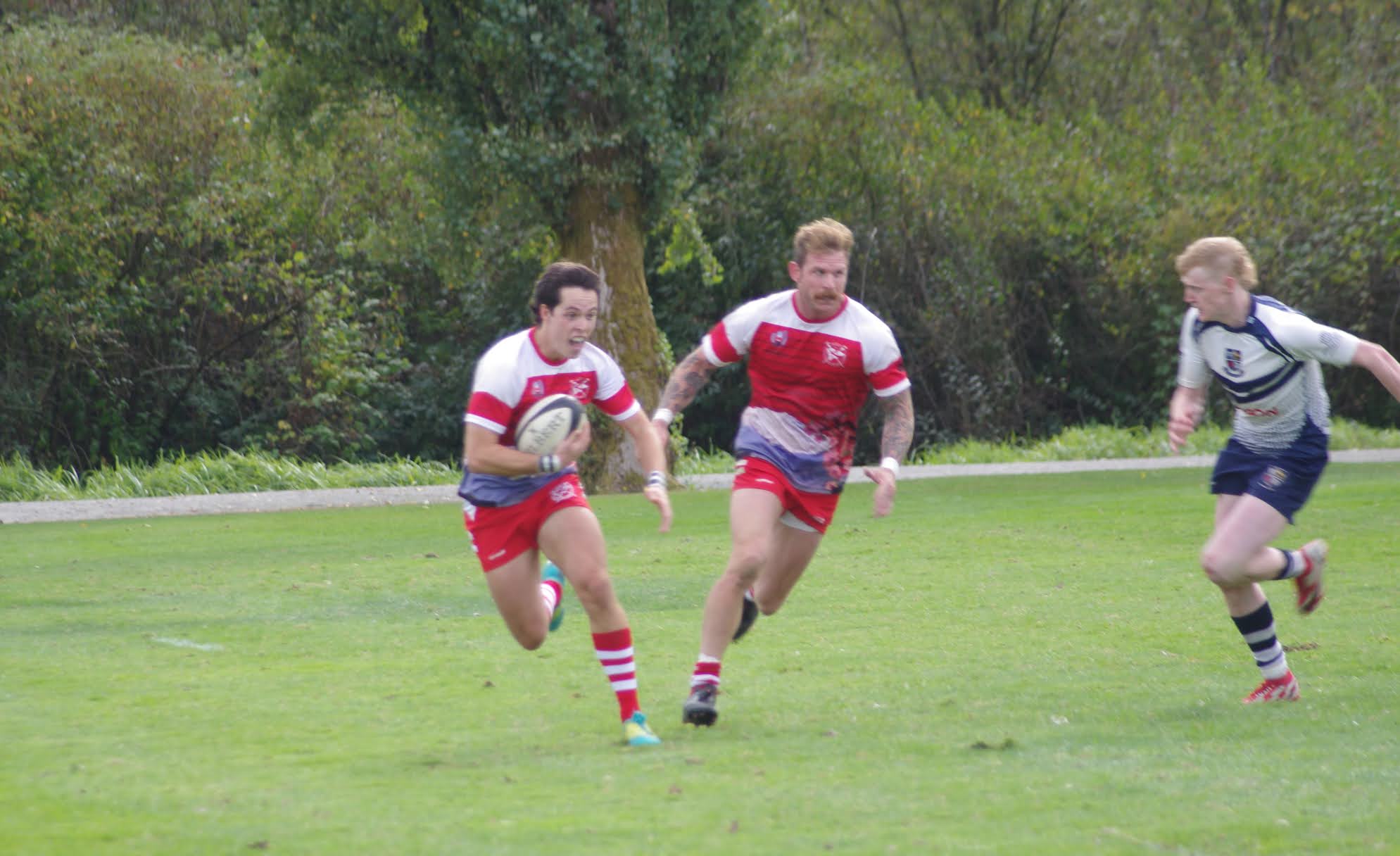 The VRC Prem Reserves played an exciting road game this past Saturday, kept it close the whole way, but were unable to close the gap, and ended up eating a 3 point loss to fall to 1-1 on the season.

Burnaby struck first in the second minute, taking advantage of a Rowers mis-handled kickoff and going to work from set piece, advancing phase by phase until they put it down under the posts. 7-0 Burnaby.

But the Rowers rallied. New Rowers forward Darragh McKinley found some space off a lineout and made himself a threat inside the Burnaby 10, but an offload from the deck couldn’t find a home. Burnaby recovered, and kicked it back to end the threat.

The Burnaby attack kept coming, creating high-pace chances on the outside, but the Rowers D stood up to them with some good positioning and strong tackling, including a big open-field hit by winger Matt Doyle.

The Rowers Reserves put themselves in business in the Burnaby end with perfect pattern execution, springing prop forward Alexie Manov for a deep run that culminated with a switch pass to Doyle, on a beautiful inside support line. Subsequent phases created an overlap on the near side, just before the Rowers’ attack was stopped by a Burnaby knock on. The Rowers resumed the pattern after winning the scrum, and were able to work it back towards the middle, where fullback Duncan James was able to put it down under the posts, and slot the conversion. 7-7 in the 21st minute.

Strong Rowers defense up the middle continued to force the Burnaby attack outside, where the Rowers’ back line continued to make tackles. Fullback Cam Nielson and blind side winger Max Crooks both made important open field stops to keep Burnaby out of the end-goal. The Lakers eventually earned a penalty for not releasing on the deck, elected to kick for points and converted, making it 10-7 Burnaby in the 28th minute.

Penalties became a factor in the final ten minutes of the first half, as some exceptional Rowers tackling had its effects diluted by repeated penalties at the breakdown, most often for holding the player on the deck. Veteran Rower back liner Morgan Brinson, making his debut in the forward pack at flanker, was able to earn a Rowers penalty with a strong tackle-jackal that resulted in a call against Burnaby for holding the ball on the deck.

The Rowers attack worked its way in past the Burnaby 10 yard line, where it earned a penalty in front of the sticks and elected to kick for points, tying the score at 10-10 in the 37th minute.

Burnaby pushed its way into scoring position before the half was over, and were able to answer with a penalty to take a 13-10 lead in the 39th minute. The Rowers would kick another penalty in the 40th minute, to make it a 13-13 tie at the half.

At half time, Coach James called attention to the frequency of penalties, and impressed up on his team that discipline at the breakdown would be the difference.

Burnaby received the kickoff and immediately resumed its high-paced attack and tried to get outside, and the Rowers back three rose to the occasion. Max Crooks put another big hit on to save a would-be Burnaby try. The Lakers would eventually kick for position off of a Rowers penalty, and pound one in off a lineout in the corner. 18-13 Burnaby after a missed conversion in the 50th minute.

The hosts would find an answer for the Rowers open-field defense four minutes later, kicking it deep and chasing it, winning the footrace by a step. 23-13 Burnaby after a missed conversion in the 54th minute.

The Rowers seemed to gain momentum with ball in hand in the 60th minute, winning set pieces and finding some discipline at the breakdown to keep the ball and let the pattern work. Burnaby players started dropping like files, and taking their time getting off the field.

The Lakers had the most ball in the final ten minutes and kept the pressure on, but the Rowers’ strong defense continued, including an exciting open field ankle tap tackle from Brinson.

The Rowers were able to use a size advantage to pound it inside, inching closer yard by yard until scrum half Aaron Applegate finally found a hole and touched it down. The conversion pulled the Rowers Reserves within three with seven minutes left, 23-20.

Burnaby would threaten again in the 77th minute from a lineout at the Rowers 22, but substitute flanker Antoine Debroize was able to pounce on an overthrown ball to end the threat. The Rowers put themselves in business on the subsequent attack, but were stopped again on a penalty for holding on, just before they ran out of time. 23-20 final.

Coach James was pleased with the effort, despite coming up short of the result. “The 2s are progressing well. Really competitive at the moment.”

They’ll be taking that competitive focus into a home game against arch rival Capilanos this coming Saturday at home. Kickoff at 12:45, part of a triple header with the Rowers Women and Rowers Prems kicking off at 11 am and 2:30 pm, respectively.

Club Day is a huge success 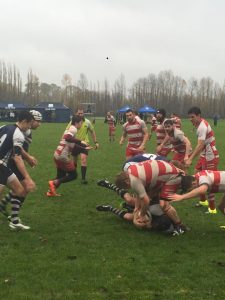 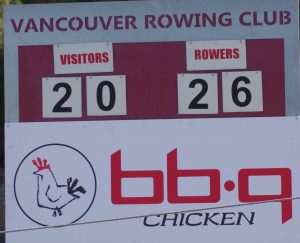