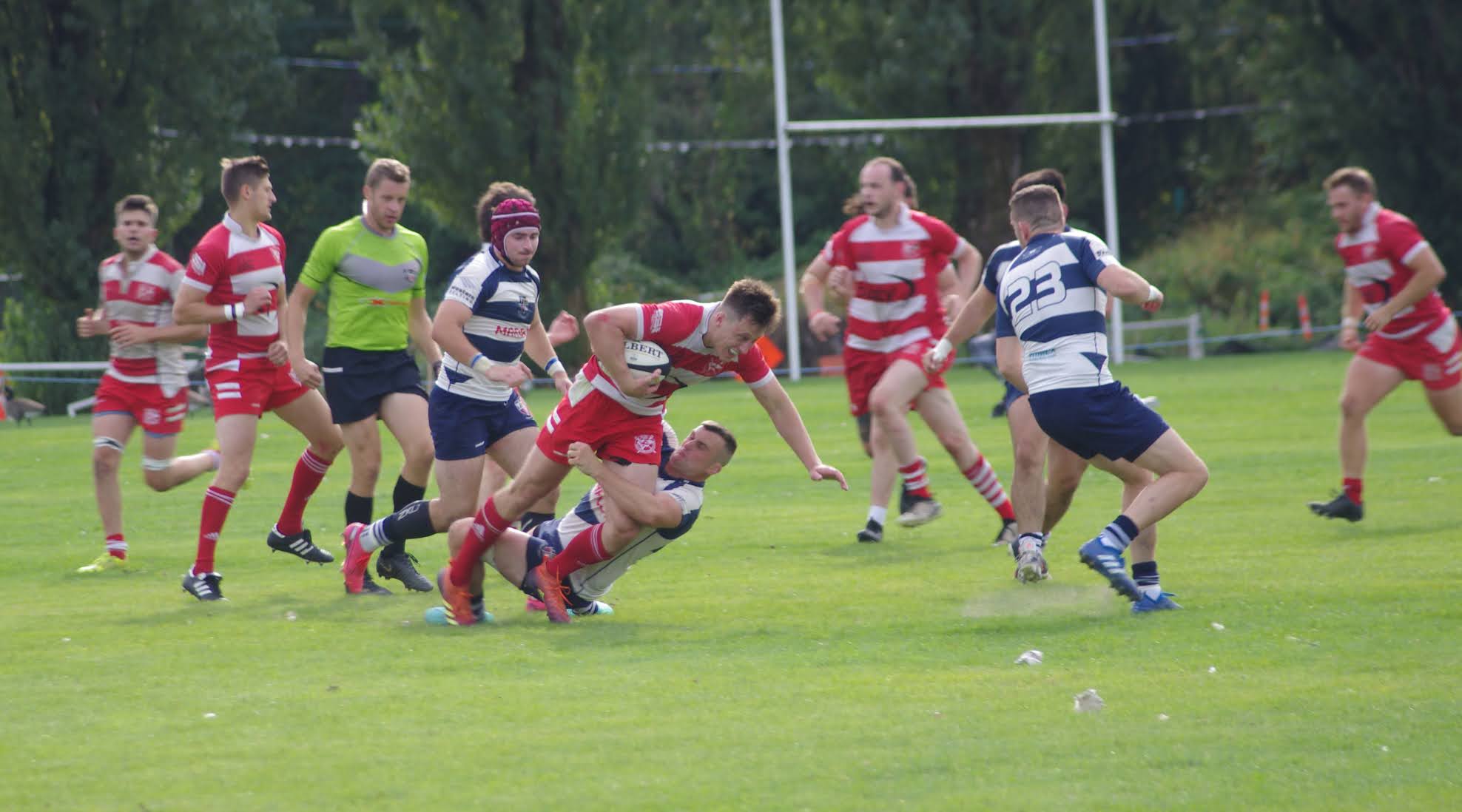 A late comeback fell two scores short this past Saturday, as the Rower Prems dropped their second game of the year away at Burnaby.

The Lakers got on top quickly when they sprung a high paced attack along the outside off of a kick return, created an overlap around mid-field, popped it to the supporting runner, and made it a footrace. The Rowers’ pursuit wasn’t fast enough. The conversion made it 7-0 in the fourth minute.

The Rowers defense benefited from some strong individual efforts early, notably by flanker Rory Sanderson, but forwards Coach Jon Mergui was visibly disturbed by a lack of shape and effort, yelling from the sidelines for his squad to, “Get around the corner.”

The Rowers were able to make most of their yards running inside, but weren’t able to finish. An attack off phase play was stopped on a penalty for rolling on the deck with the ball in the 25th minute. A subsequent a chance off a line-out at the Burnaby five meter line was cut short by a knock on.

The defensive effort continued, as rookie Rower lock Rob McGreevy turned the ball over in open play to end a Burnaby scoring threat, and allowed the Rowers to kick it away. The Lakers return was again able to get past the Rowers defense, but standout centre Ollie Joyce was quick enough to catch the attacker and drag him down. Burnaby would punch in another try off a scrum in the Rowers’ end, and miss the conversion to make it 15-0 in the 38th minute.

The Rowers attack gained some more momentum before the half, as open side winger Mitch Stainer found space outside with support to start a high-paced offload attack to set the Rowers up in position. The Prems then worked it inside with phases and got the ball to center Doug Fraser who carried tacklers across the goal line right under the sticks, only to have a grounding attempt ruled to have been held up.

Burnaby would turn it over in their own zone and run it back for yet another try, and the kick, to make it 22-0 at half time.

Open field attack continued to work well for the hosts in the second half, yielding yet another try and conversion in the 50th minute to make it 29-0.

The Rowers were able to find a measure of success in the 60th minute, as a clearly heavier and more experienced pack started giving the Lakers trouble in the scrums. A rolling maul in the Burnaby end got the Rowers across the line and appeared to get the Rowers on the board as the referee signalled a try, only to have it called back by the touch judge, who ruled it to have been knocked on.

The strong scrummaging continued, allowing the Rowers to walk a scrum near the goal line, and give substitute scrum half Dermot Omeara an opportunity to pick from the back and snake it across the goal line. The conversion made it 29-7 in the 65th minute.

The Rowers threatened again in the 68th minute off of a counter attack, and had the numbers and pace to make it work on the outside, only to have it stopped on a forward pass.

The strong rolling maul off the lineout ended up paying dividends in the 76th minute, as the Rowers were awarded a penalty try when Burnaby was judged to have pulled it down. The kick was good, narrowing the Burnaby margin to 29-14 with 4 minutes to go.

Burnaby would add a penalty kick in the 78th minute to make it 32-14, before the Rowers attack up the outside finally paid off in the final minute. Joyce scored a try on a strong line that blew through the defense around the 20, giving the Rowers supporters a look at what this squad is capable of, and perhaps re-affirming its belief in itself.

“Prems have the individual pieces there but still trying to gel as a team,” said Coach Duncan James. “[We] showed in the last 15 minutes the ability to play great rugby and score 21 unanswered points, but those efforts need to start from the first minute. Back to work Tuesday. Trust the process.”

The Prems play the arch rival Capilanos at home this coming Saturday September 24th. Kickoff is at 2:30, the main event on a full club-day card at Brockton. The Rowers Reserves and Rowers Women kick off at 12:45 pm and 11 am, respectively. 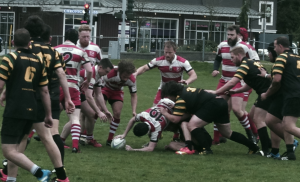 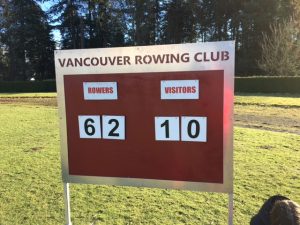