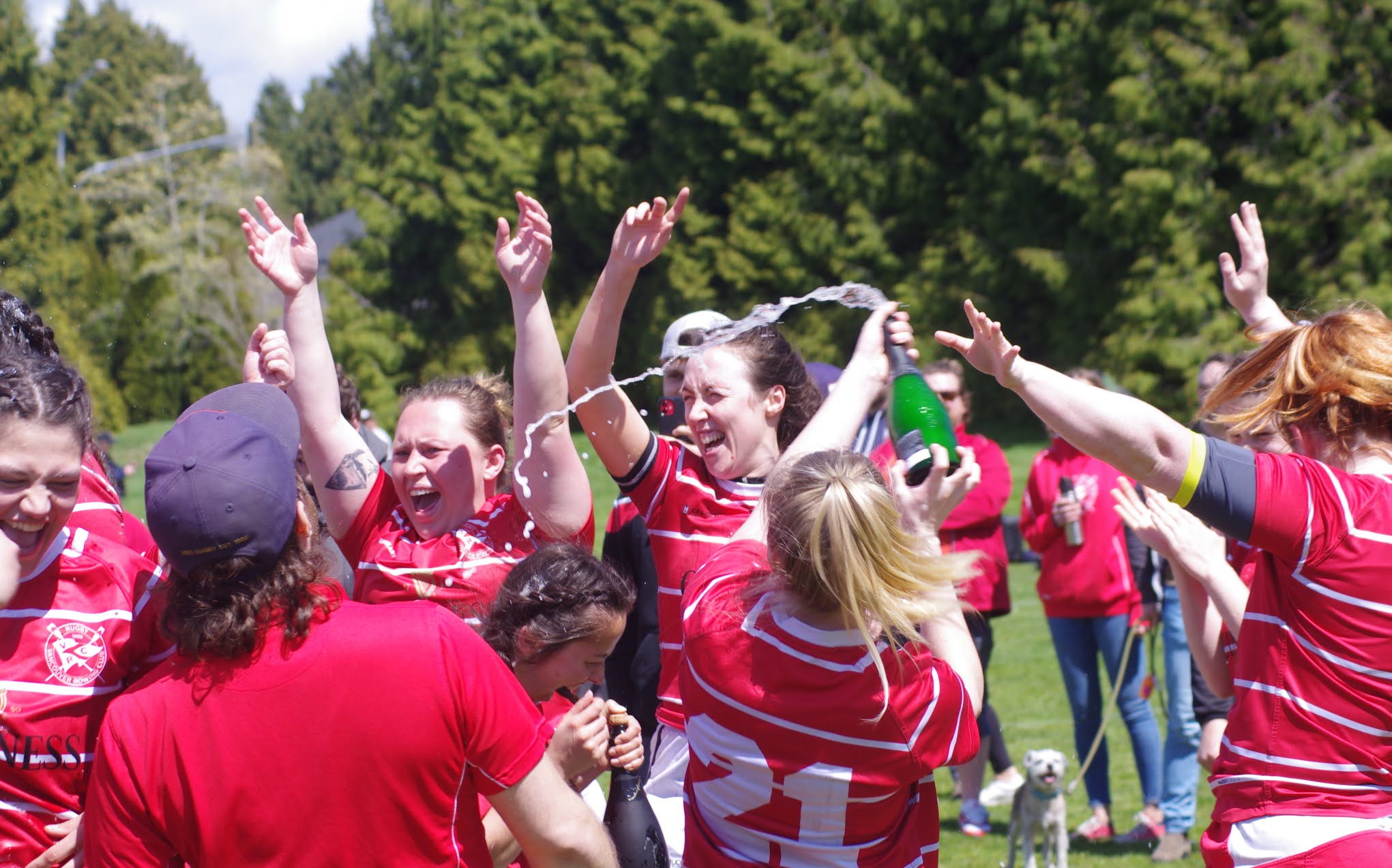 Following a decisive 69-12 victory over Langley RFC in a final at South Surrey Athletic field. The Vancouver Rowing Club Women’s side are BC Champs.

Standout Scottish backliner Kirsty Auckland got her team on the board in the 6th minute, mounting a quick counter attack off of turnover ball, and bringing it in under the posts from forty yards out untouched. The kick was good to make it 7-0 Rowers.

Auckland would score a similar try a minute later, setting the tone for the day: the Rowers were here to control the ball, carry it in on a hard line, break the defense, and dare it to try and catch them. It was 21-10 after ten minutes, (Sam Quiago up the wing, with a beautiful offload from Fullback Jess Deagle), 26-0 after 12 minutes (Giulia Ataide Moraes with another breakaway on the outside), and 33-0 after 14 minutes, when Kirsty scored her third track-meet try of the day. That one followed some punishing Rowers D that got right in Langley’s face and caused a turnover off of sheer pressure.

The Rowers spectator section was thrilled the whole way. A veteran senior men’s player was overheard exclaiming, “Damn. They’re playing some rugby!” just before Deagle scored another breakaway try in the 16th minute and hit her own convert to make it 40-0.

Langley mounted an attack in the 22nd minute, forcing the Rowers to defend hard in their own end through five minutes and four or five penalties to Langley, who finally gained the line in the 26th minute. 47-7 and the Rowers’ gallery started singing happy birthday.

Quiago would get the second half started with another try along the outside in minute 30 (47-7). Centre Meghan Buchanan started the attack again off of the restart, found hooker Henna Parmar in a support line with a beautiful over-the-shoulder offload, then took it back on an inventive and crowd-pleasing give-and-go through traffic. She would be dropped short of the goal line, but the Rowers cycled the attack quickly, getting it wide through the hands where utility back Judith Peuvergne put it down in the corner. 52-7.

Langley made it clear they weren’t about to roll over. They pressed phases into the Rowers end in 37th minute, but could never make it look crisp. The Rowers’ aggressive counter-rucking made it hard to gain any momentum. The VRC would eventually turn them over just short of the goal line, where Buchanan fought her way through tacklers out to the 20.

The Rowers would get it back in the 44th minute, attacking off a set piece at their own thirty to spring Peuvergne, who tied up a defender and flung a Sonny-Bill-Style offload to Robyn Shannon in space. She would finally be dragged out of bounds at the Langley thirty, and get another chance to attack from the scrum following a Langley knock on off the line out.

It was through the hands to Quiago who went streaking up the outside before being dragged down around the five, and popped it off the deck to Shannon, who was tackled short of the goal line. #8 forward Jos Wallace would eventually carry it in after several hard forward carries wore the defense down. 57-7

Langley would score another one in the 54th minute to make it 57-12, but the Rowers weren’t done. The back line flung it around a bit more, showcasing some highlight reel stunts and offloads that was unquestionably the most exciting the club has seen all year, to produce two more tries in total. Auckland would stretch her legs again to score a fourth try in the final minute, for a final score of 69-12.

There were tears as the women drenched themselves with champagne and revelled in the unique opportunity to share the view from the top with each other. This is a tight squad that improved a lot over the year and built each other up as they went. Captain Buchanan told us that this one was, “for all the girls on the field today, but also for all the girls who started this club, and all the ones who will come after us.”

I have played rugby my whole life, but this is the first time I’ve coached,” Coach “Disco” Stu Holland told us Saturday. “It turns out it is just as much of a rush as playing – actually more so because of all the winning! I’m so proud of this team and how far they have come. I can’t wait to see what these players will do next year.”

Backline coach Cyril Burgen focused on a sense of accomplishment: “The women have done what they set out to do which was to grow and develop together, and win a much-deserved championship.”

Quiago, who took an unplanned hiatus from the field following a terrifying injury in the first half of the season, was emotional about the win, and inclined to see it as part of a larger arc. “This whole ride has been such an INCREDIBLE journey! We’ve spent the last 5 years growing the program and it’s such a privilege to have been a part of it from the very beginning. It’s crazy to think that so many of us, including myself, had never touched a rugby ball before stepping into VRC and now here we are. We had such a high chance of making it to finals before the pandemic hit, and now we’re finally taking that trophy home. I could have never imagined the trajectory of this team nor the amount of love I would grow for this sport. Just such an indescribable feeling. Bleed white and red. Always.”

The Championship is the first cup for this incarnation of the Rowers Women, and there will surely be discussions at the VRC about moving up a division for the fall season and 2023… after they spend some time soaking it all in. 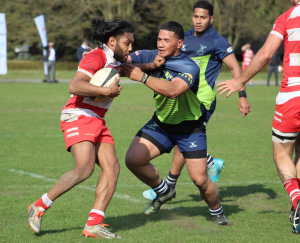