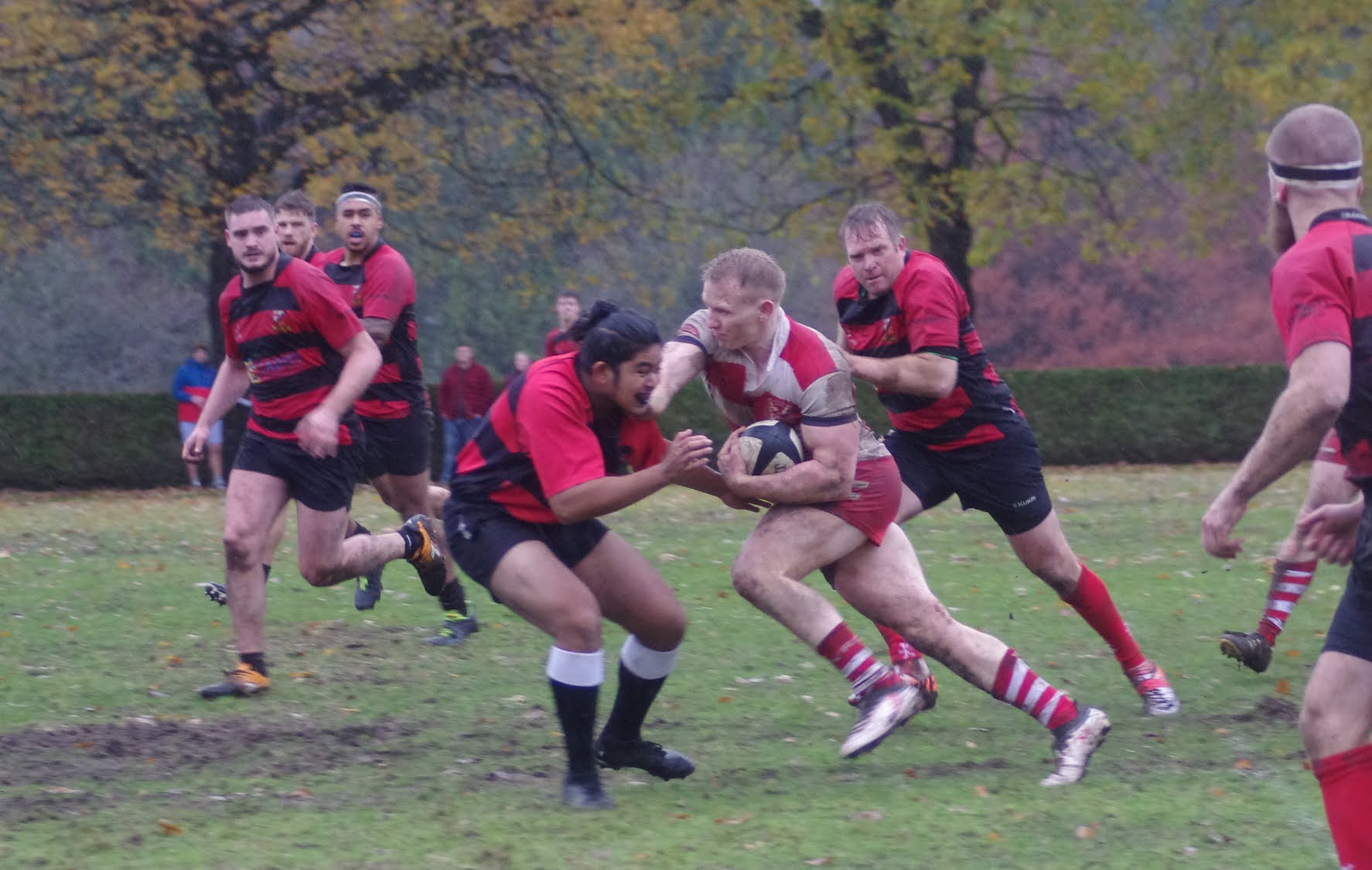 The middle game Saturday was all Rowers, as the Third Division scored five tries and kept the visitors off the board on the way to a 29-0 victory at Brockton.

Winger Ryan “Drako” Williams opened the scoring in the fifth minute with a strong run into space down the middle to put his team up 5-0, and build a confidence that The Thirds would carry all afternoon.

Fly half Tom Cummings added another try in the fifteenth minute off a give-and-go attack with scrum half “Magnum” Tom O’Hare (PI). A successful conversion made it 12-0 Rowers after 15 minutes.

O’Hare would add another try in the thirtieth minute, cleaning the ball of the deck after it bounced back and forth off a kick. He broke at least two tackles before finding the end-goal and putting his team up 17-0.

The Thirds forward pack continued to pound the ball inside with ball in hand, eventually creating room for the backs to work the outside channels. Winger Matt Doyle finished the job in the 39th minute to make it 24-0 Rowers.

Drako would put an exclamation point on it in the 59th minute, fielding a Richmond kick out of their own end goal, and bringing it back where it came from. A successful conversion would make the score 29-0 at full time.

The win puts The Thirds at an even 2-2 on the year. The side is next in action this coming Saturday November 20th, when they will travel to face Abbotsford RFC away.

More photos from this game in the gameday gallery.