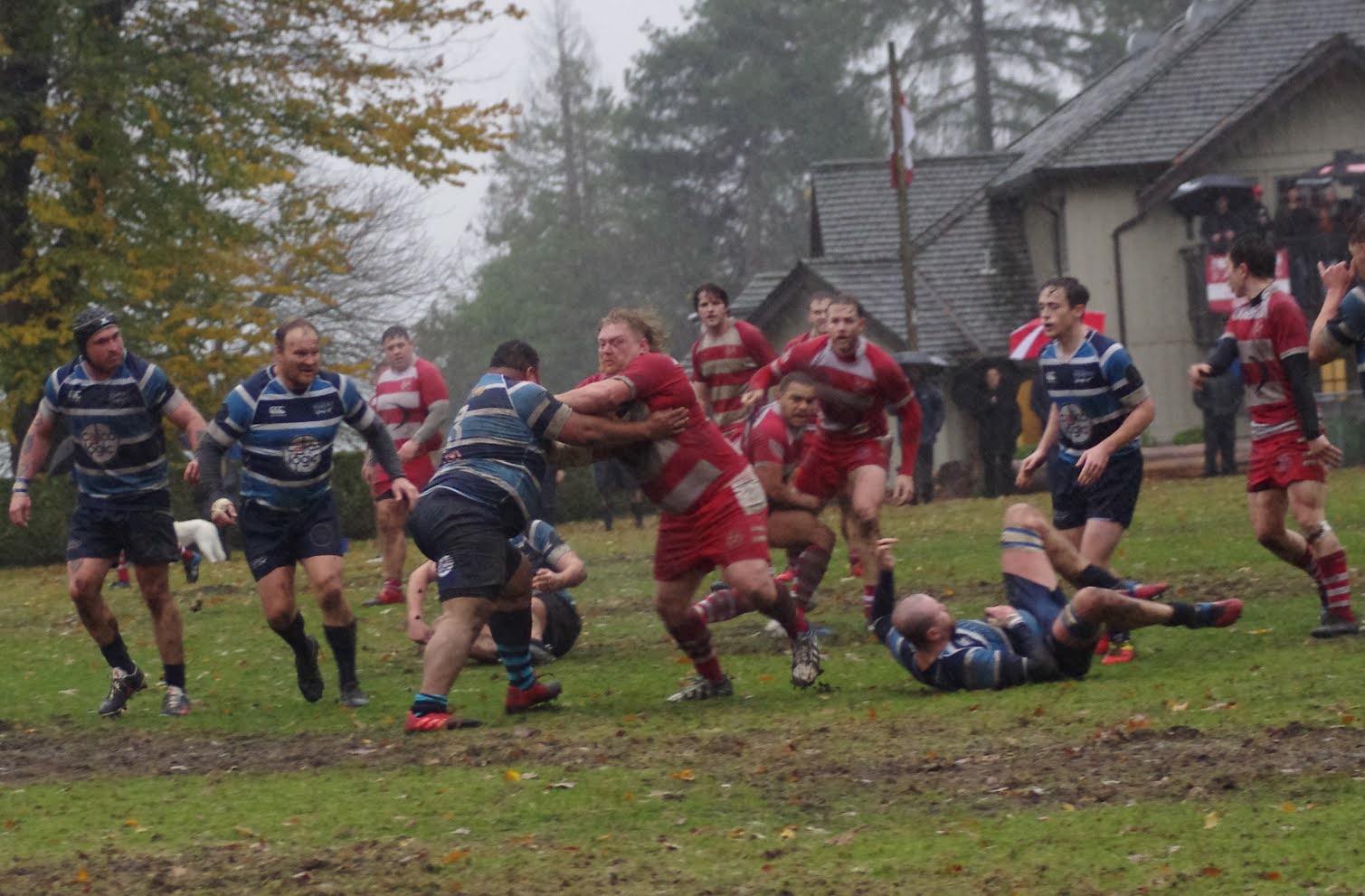 The VRC’s top side finished off a three win home day at Brockton this week with a well-earned 24-10 victory over the Bayside Sharks.

The Rowers pack opened the scoring in the 5th minute with a drive off a lineout to make it 5-0, as the rain from a building storm made the Brockton mud even deeper.

That score would hold until the 24th minute, when dynamic fullback Tom Rowland mounted a counter attack off of a Bayside kick and used his speed to exploit holes in the defense and make it 10-0 Rowers.

The Rowers strong play continued on both sides of the ball, as Bayside’s attempts to advance the ball on the inside with their pack in wet conditions were mostly frustrated by good positioning and some hard tackles.

In the 36th minute, the VRC counter attack shined again, as great support organized around a kick return and flowed seamlessly into phase play that reliably advanced the gain line. Veteran Hooker Jason Carton would end up putting it down in the far corner, and a successful conversion would make it 17-0 Rowers.

Following a Bayside try in the 50th minute, Rowers fly half Nick “Wacka” Wackwitz and centre Jordan W-R would exploit an overlap to push the attack forward, before front row forward “Bruva” Josh Waller sustained the pressure and put it away. 24-5 Rowers after sixty minutes.

Bayside would add another try in the 74th minute, but it wouldn’t be enough.

The 24-10 home victory makes the Rowers First Division 4-1 on the year, heading into a bye week. The Firsts are next in action November 27th when they will travel to UBC to face the UBC Thunderbirds.

More photos from this game in the gameday gallery. 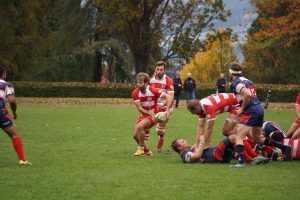 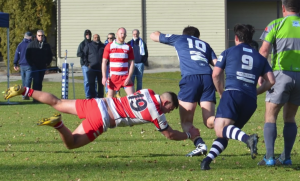