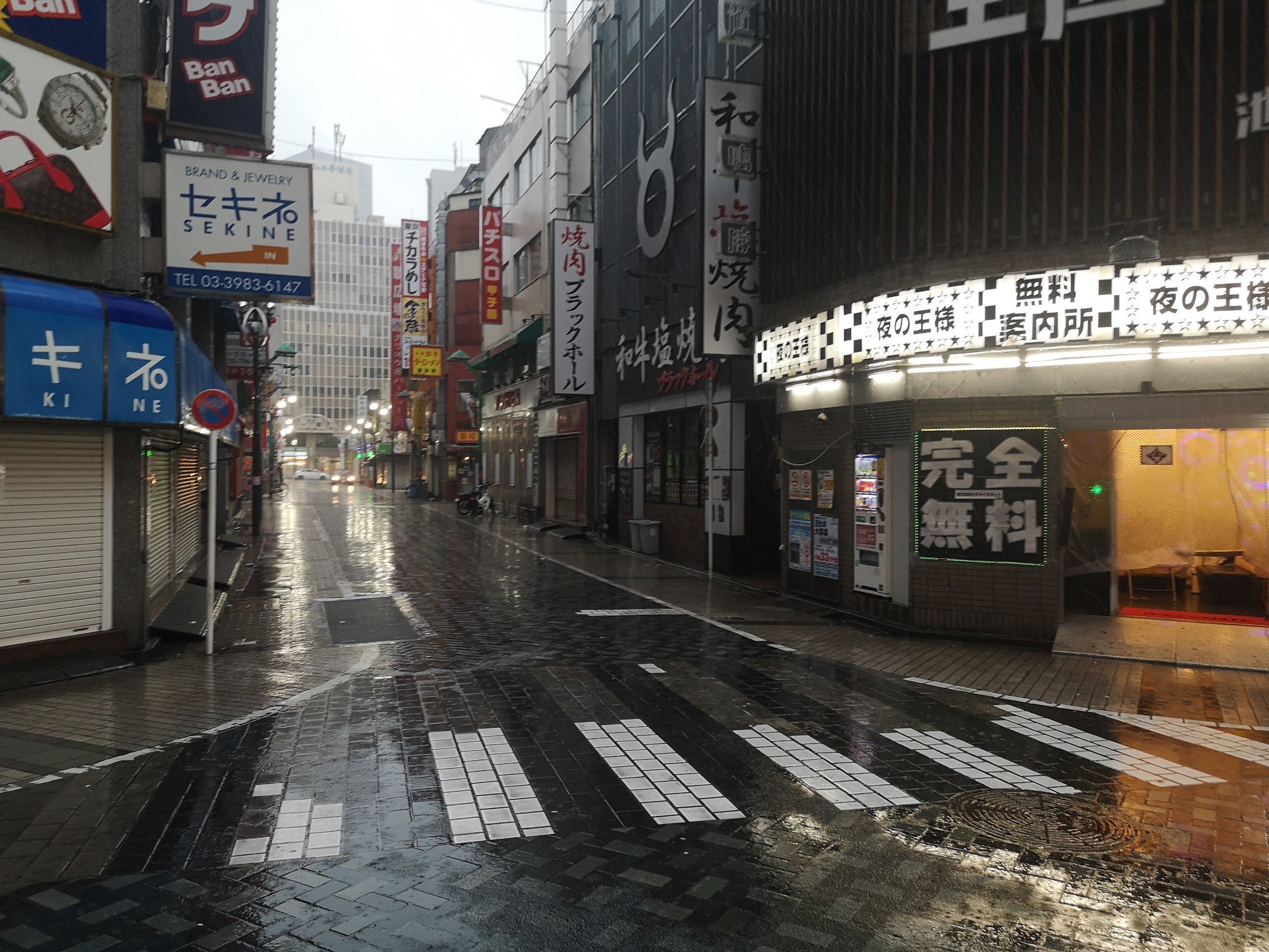 The hard rain of Typhoon Hagibis was already driving as daylight broke over Tokyo. The England v. France World Cup Group Stage fixture that we had come for was cancelled, but the Rowers weren’t about to let mediocre costumes go to waste. In comical berets and waistcoats and bowler caps, we struck out into the steadily building downpour.

The streets were becoming shallow urban creeks dotted with a very few pedestrians and cars, all travelling with purpose, and a handful of mock Englishmen and Frenchmen looking for a bar that wasn’t shuttered. We split up to have a few rounds at two izakayas too small to accommodate the group as a unit, before settling together at one in the underground, singing songs and sucking back beer as quick as it showed up.

In the storm shelter with us were various puzzled European travellers, and some of Tokyo’s finest party people, thrilled at the luck of being holed up with this loud travelling theatre group who knew all of the words to Bohemian Rhapsody. A new friend paid what had to have been a considerable bar tab, as the Rowers pressed on into the typhoon afternoon, robbed of the game we came for, soaking wet in a shuttered Tokyo, and loving every minute of it.

The Rowers who opted for homestay accommodations were handed off to some very patient and accommodating local hosts in a tangle of logistics that could be described as its own typhoon. More on that when the lads get back, but dispatches to the whatsapp group include a scrum in the kitchen, Brian Durham putting on a Disney show tunes clinic, and some very friendly hospitality from what we are being told is a host aunt… stay tuned.