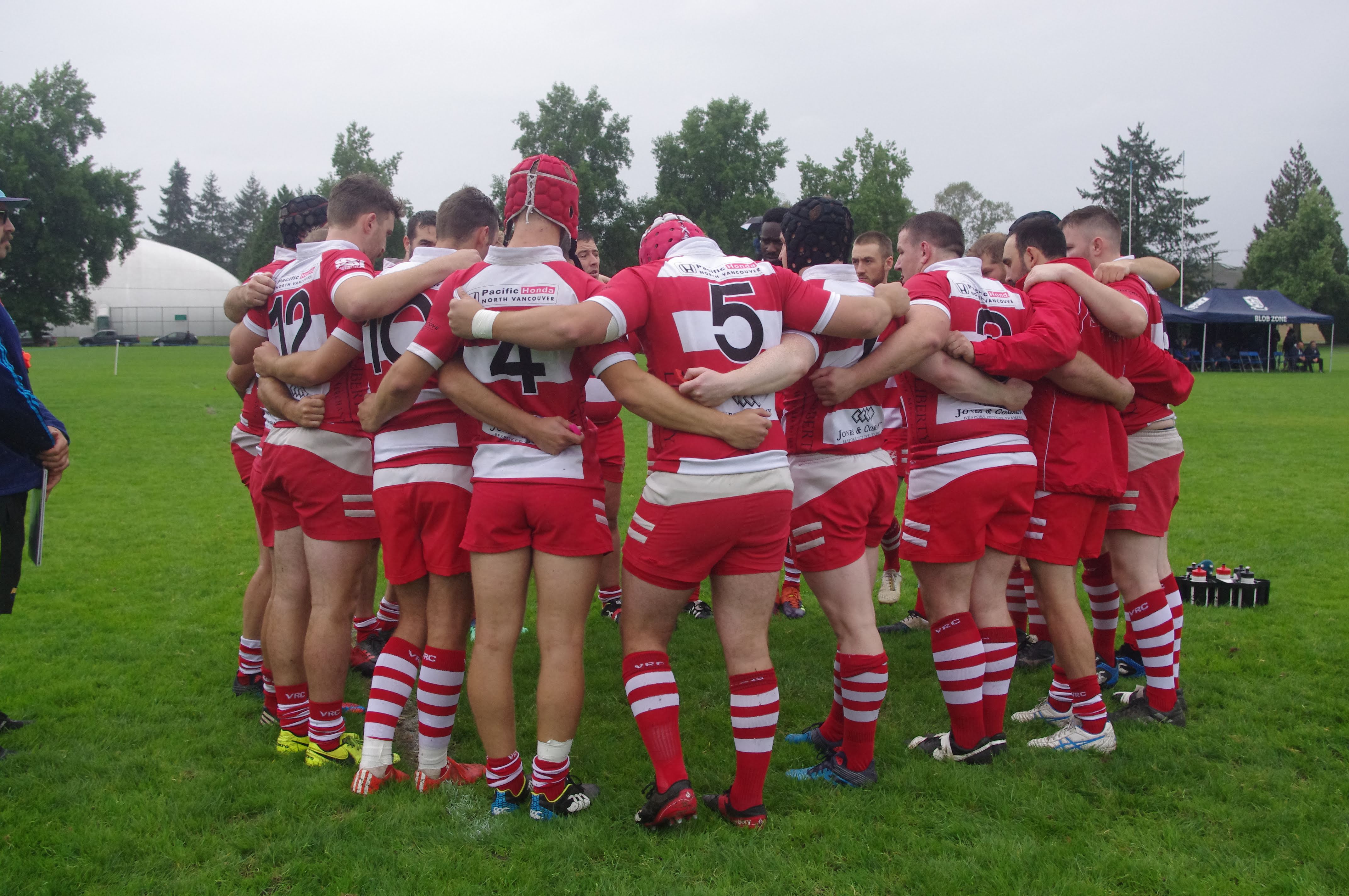 The Rowing Club’s premier side fell 33-5 on the road to the Burnaby Lakers yesterday in a very strong team effort that came up well short. This one came down to the hosts not letting the VRC get away with mistakes, and the Rowers not being able to keep those mistakes from happening.

The hosts got on the board first in the 17th minute, with a straight, disciplined attack. The Rowers held them off at the goal line for what felt like three minutes, before Burnaby finally put the opening score home.

The prems were able to fend off another Burnaby goal line attack in the 2nd minute, eventually forcing a knock on, but a relentless Laker top squad worked space on the outside to make it 12-0 in the 25th minute after the conversion.

Intelligent kicking and good decision-making put Burnaby in position to attack the Rowers D with crisp back line moves, create another overlap, and exploit it on the outside again in the 35th minute to make it 19-0

New Irish import tight-head prop Ian Prendiville was able to win his squad the ball back in the 37th minute with a beautiful scoop following a Burnaby handling mistake, and the VRC made some yards deep into attacking territory, before losing it in a lineout penalty and having to face half time empty handed.

Rookie winger Miighty Okafor showed great hands, taking advantage of a lose ball in the 43rd minute, gaining yards into the attacking end, then drew a Burnaby penalty for a high tackle, only to watch his team kick for excellent position and lose the lineout.

The Rowers pack had a strong game, Captain Jason Carton leading the charge and 8th man Michael Cooke having a particularly strong game on defense. The pack was able to walk a scrum a good five yards at the Burnaby fifteen and get it to the backs who worked phases that gained yards until a handling error allowed the hosts to scoop it and run for what would have been an easy try had rookie winger Ryan Williams not chased him down to upset the offload in a play reminiscent of Okafor’s successful chase in the reserves game.

That was the way it went all day for the Rowers; momentum being cut off by handling errors in the wet conditions or by penalties. The abbreviated side was short several key players, including starting 8th man Colin “Swampy” Cooper, who was out with a lower body injury, and lost stalwart flanker Niall McDonough who was beside himself after being told he couldn’t continue following a blood dressing, but this one wasn’t down to personelle. Wet conditions, a lack of execution and just plain bad luck contributed to keep the Rowers from gathering momentum in the high-pace, wide-open pattern that suits their talents.

The Rowers finally got it working in the 73rd minute, as some fine lines by the forward pods led to big gains by substitute second row forward Kevin Nane and Prendiville marched the VRC up into the Burnaby zone, scrum half Chris Nolan making some very intelligent choices with the ball on that particular attack. Having created enough space on the outside by the time they had advanced to the Burnaby 15 yard line, Nolan sent it to the backs, through the hands to Okafor on the outside, who stiff-armed a would-be tackler on his way in to keep the Rowers from having to leave empty handed.

Coach Seyler was visibly frustrated following the loss, but continued to believe in his squad, emphasizing that they “started to play their brand of expansive attacking rugby and put Burnaby on their heels in the final 20 minutes.”

We are building something special at the rowing club and its a process and we build every week. Rome wasn’t built in a day.

The Prems play at home next week against arch rival Capilanos