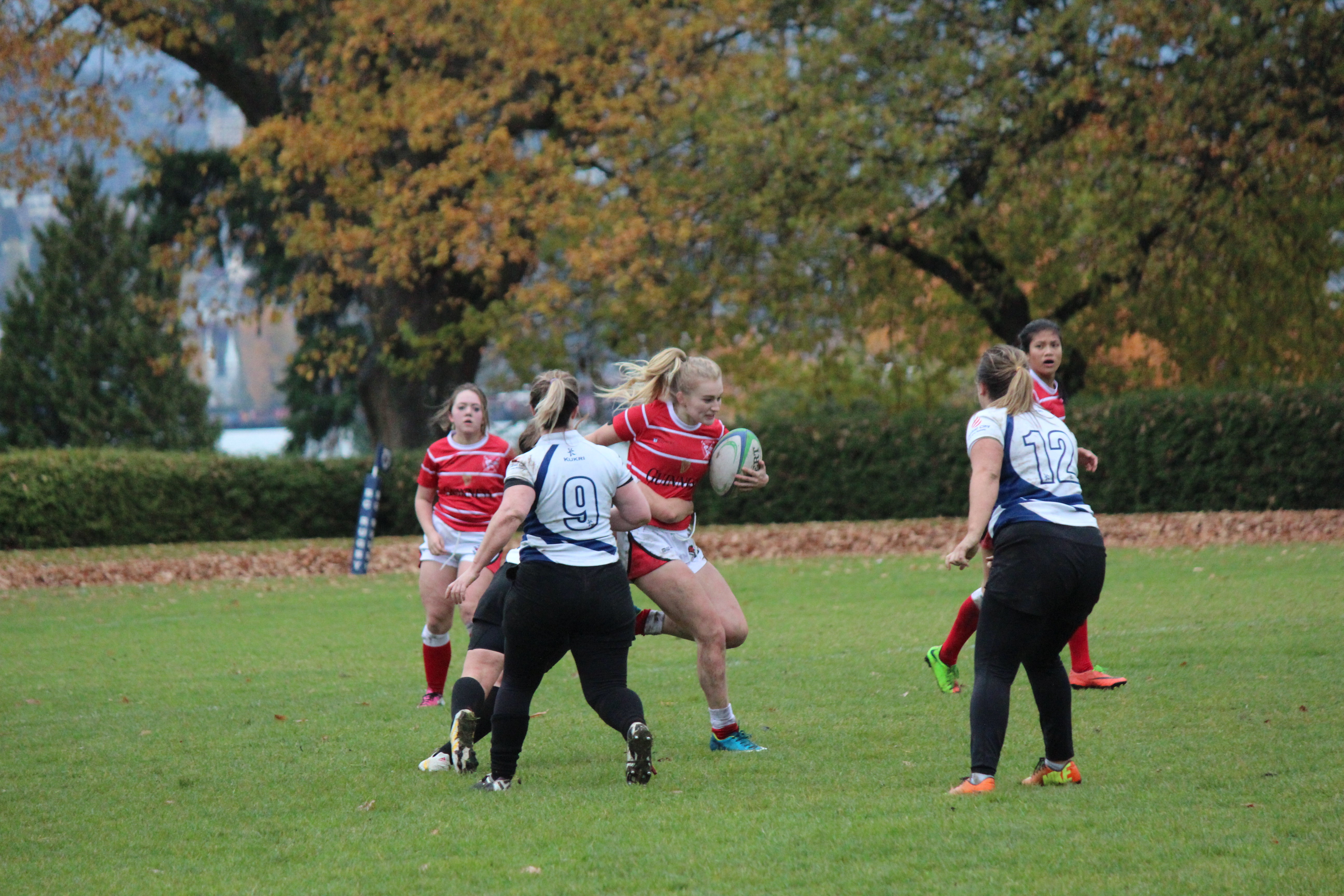 The Rowing Club Women dropped their first game of the second half of the season to the Scribes at home today by a final score of 47 -12.
The women were down 10 – 0 early to an opponent that looked more organized, fielding a strong and fast back line including a flyhalf with speed and experience. The 10 was able to add another try, beating a strong Rowers defense with speed around the outside to make it 15-0 before the Rowers were able to answer.
The home side didn’t loose heart, mounting an attack in short sharp bursts, wearing holes in the visitors’ defensive shape until halfback Lin Meiyin was able to find some space, carry it close to the goal line, and pop it off the deck to new #8 Abby Doucet, for her first try as a Rower. Doucet stood out in her first game wearing red and white, with hard D and noticeable stamina.
The Rowing Club pack featured 3 new players, including Doucet, flanker Robynne Shannon and Captain Jos Wallace, playing her first game at hooker.
After losing centreback Maddy McLeod to injury in the first half, and played short the rest of the game for a lack of substitutes. The experienced Scribes womens side were able to capitalise on Rowers handling and kicking errors that coaches Chris Seyler and Hugh Wallace will have to address in training.
Prop forward Mikiela Nelson and Chantalle Bracken played characteristically excellent games on defense, setting a pace on a team who refused to fold despite a lopsided score. Nelson served her first game as field Captain and successfully led her team with quiet strength, limiting unnecessary interaction with the referee.

The Rowers Women are play next away to Ridge Meadows February 17th at Thomas Haney Park.
The Rowers Blog is hiring gameday photographers, and is especially partial to VRC supporters who are watching the game anyway and are comfortable with the volunteer nature of the position.
Please send any Rowers game day photos to @VRC_Rugby on instagram or share them on google drive with rowersrugby@gmail.com. 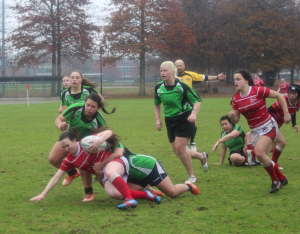 Rowers Women drop one in Richmond 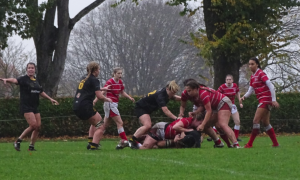