DELTA–It was another rough day on the pitch for the Rowing Club March 15, as the Thirsty Thirds suffered another heavy defeat, this time to the Brit Lions. Both the premier and first divisions sides were idle.

The thirds were out-hustled, out-tackled, and out-rucked as the Brit Lions posted a 56-10 victory over the thirds. The thirds went into the halftime break down 29-5. They managed to punch one more try across in the second half. But missed tackles were the squads undoing as the Brits’ backline broke through numerous times on long runs for tries.

VRC Nation: Photos of the Day 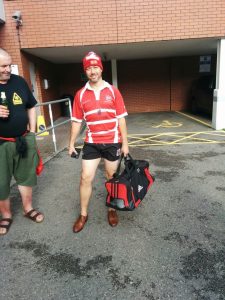 The Rowers women travelled out to Langley, with high spirits on a sunny Saturday morning, ready for the day ahead. With both teams coming in from a loss last weekend, it was sure to be a hard fought game, in which rowers won 34/15 Upon the Rowers kick off, red