Amateur boxers to punch it out this weekend–

The fourth incarnation of the Vancouver Rowing Club’s Fight Night hits Vancouver on Saturday. Hosted by the rugby section, the wildly successful event offers many bouts this year.

Fight Night 4 (FN4) will see 16 pugilists get in the ring June 2 at the Hellenic Community Centre in Vancouver.

Each year the evening produces some great entertainment and FN4 promises to live up to the success of those previous events.

“The night will be amazing,” noted event promoter Braden Maccke. “This is, without a doubt, the best fight card at any Rowers’ Fight Night to date.”

Maccke’s is promoting the event through his outfit Sportsdesk Promotions. “We’ve lined up eight strong fights, including the long-awaited Jaimo versus Ben Walker clash. You won’t want to miss this one.”

According the Maccke, the main event is likely to be the highlight of the night. The same match was cancelled from the card at FN3 after work commitments prevented Walker from scrapping last year. Now both pugilists are sharpening their skills for Saturday.

“I think it’ll be a great fight!” exclaimed Maccke. “Walker’s tough as hell, and fit, but can you really imagine Jaimo losing?”

He said the under-card promises to be exciting too. (Bout order is subject to change.) This year’s line-up is billed as:

Maccke cautioned fans of the sweet-science against waiting to buy walk-up tickets on Saturday night. “The event is almost sold out and there’ll be no guarantee anyone will be able to buy tickets at the door.”

He noted that tickets are available through the Rowing Club website. To buy tickets, visit this webpage.

FN4 is being presented by the Vancouver Rowing Club Rugby Section in association with the UBC Old Boy Ravens.

Tickets are $50 for ringside seats, $35 for second tier seats, and $20 for general admission.

The Hellenic Community Centre is located at 4500 Arbutus Street in Vancouver. Doors open at 7 p.m. and the fights start at 8 p.m. For some great video from FN3 see this YouTube feed. 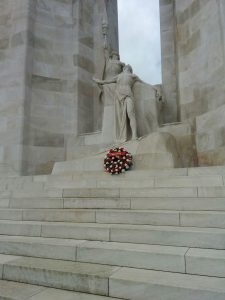 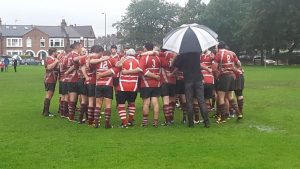